Bicycling in Philadelphia — What Changed in 2017? 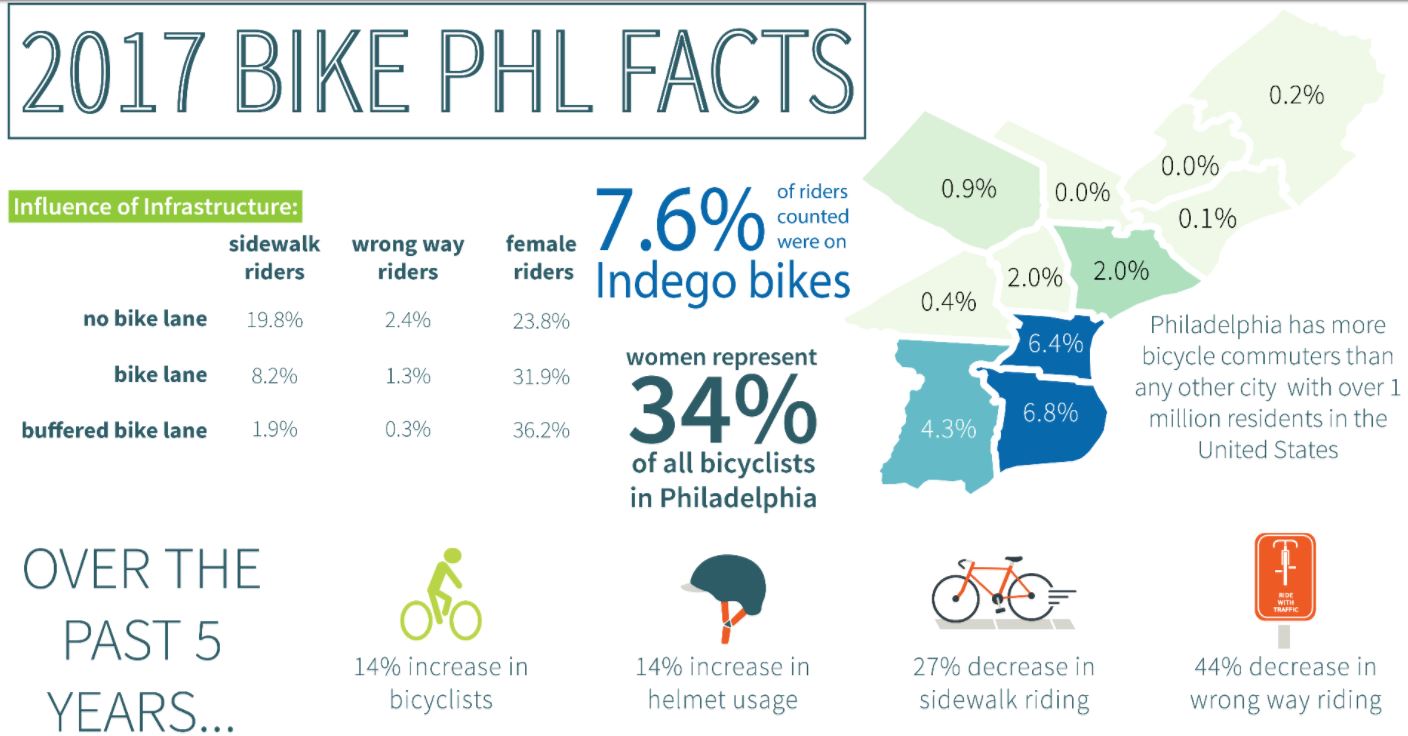 Every year, the Bicycle Coalition of Greater Philadelphia collects a huge amount of data about bicyclists in Philadelphia. This data paints a pretty clear picture of what it’s like to bike in the city, answering questions like, “What does the typical cyclist look like?” and “Which areas have the most cyclist activity?” which gives the Coalition the opportunity to learn about what’s working, and what can be improved about the city’s bike infrastructure.

Check out some of the highlights from the Bicycle Coalition’s 2017 Bike PHL Facts study:

The Influence of Infrastructure

Why is city bike lane data important for the Circuit? As greenways and other trails in and around the city limits receive funding and are then constructed, the entire system contributes to a more connected regional trail network.