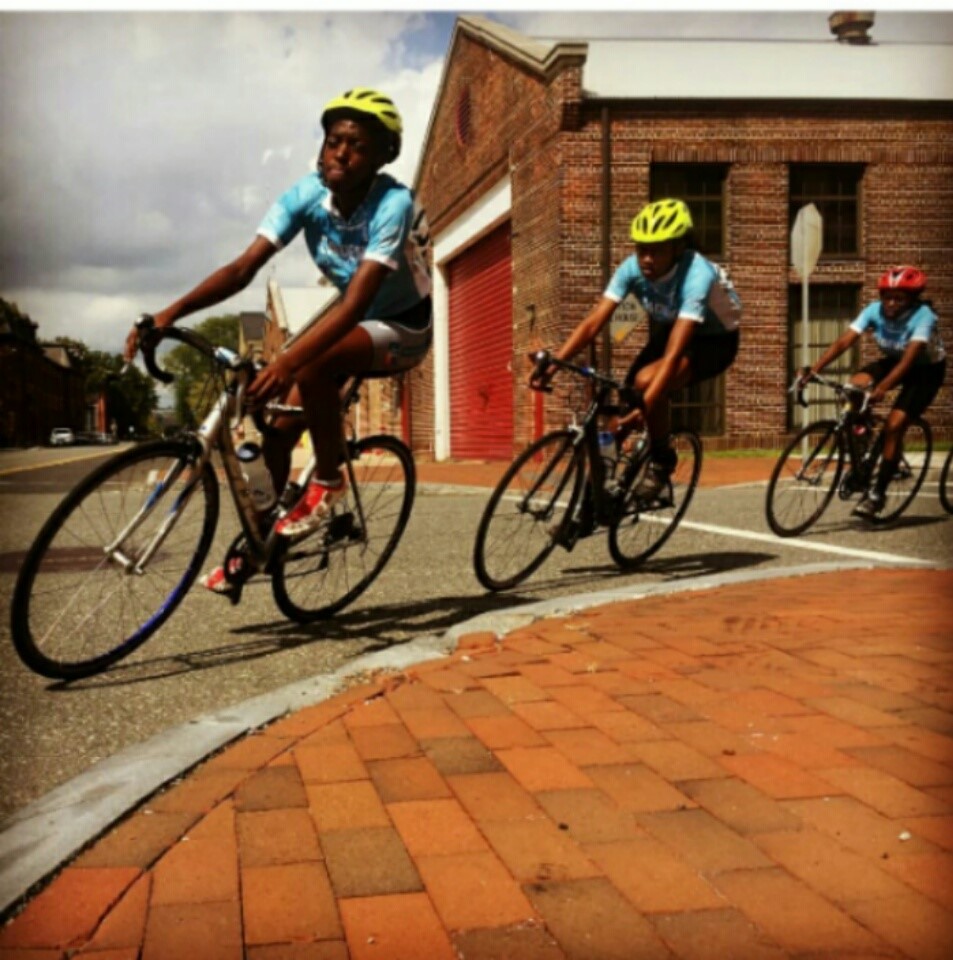 For many who attended the Bicycle Coalition of Greater Philadelphia’s annual gala last week, hearing the inspiring words of one young cyclist was a highlight of the night. For those who were unable to hear her story in person, cadence youth cyclist, Krystal Philson, took a few moments to share her story with us!

Krystal, a Philadelphia high school senior, was one of 23 youth ambassadors who rode 170 miles over five days in support of watershed education this summer. Read about her incredible experience on the youth sojourn and more below!

How did you get involved with Cadence Youth Cycling?
The way I got involved with Cadence is actually a pretty funny story. It was serendipity; a happy accident. I was in 7th grade and my friend Marlina wanted me to go with her as she auditioned for the choir club. However, we went on the wrong day; we were a day late and sat with the wrong group of people. The teacher who led the club took us upstairs to the music room and sat us all down. My friend and I were anxious for her to introduce who was singing first, but our excitement quickly turned into confusion when they handed out packets with bikes on them. We stayed for the entire meeting and met a few people who were funny and made good conversation, so we decided to try it out and we wound up loving the team. It has been six years since I joined and I’ve never regret it.

What have you learned about yourself having participated in Cadence? How have you grown?

Throughout my years of Cadence, I’ve seen the most progression in my self-confidence. I tell this story far too often, but I definitely see my internal growth to be more important than my physical growth. Of course, when you work out, you’ll ultimately become more physically fit, but I didn’t realize how much mental strength it took until I had a talk with my coach Justin. The conversation began with him inviting me to be on race team. We eventually got into a conversation about my friend Taevon and how he progressed. He told me Taevon was always strong, but once he knew he was strong and let that motivate him, he was able to be at his best. While speaking with him, I thought back to my first years on the team and realized the changes I’ve made within myself while cycling: I’ve become more confident, outgoing, and independent because of this program.

You rode 170 miles this summer during the Rails-to-Trails Youth Sojourn. That’s quite the accomplishment! After completing the sojourn, what would you tell others who might feel intimidated to start cycling?

The sojourn on the Circuit Trails is one of the greatest experiences you could have while cycling. Not only is it fun to ride and do watershed activities, but we created strong bonds with our coaches and teammates. People don’t like cycling because they think it’s tiring, but during the sojourn you have teammates who will help you out if needed. The sojourn is an educational and fun experience that I’d suggest all youth on bikes try out one day.

What is your favorite Circuit Trail?

My favorite Circuit Trail would be the Schuylkill River Trail. The Schuylkill is close to home, it’s an important trail in the region, and I think I ride it pretty much every day.