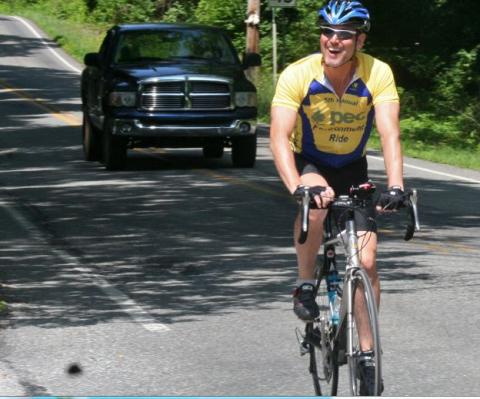 We are very excited to shine the Circuit Spotlight on our very own Patrick Starr! When Patrick is not leading statewide programming at Pennsylvania Environmental Council (PEC) and helping to make future connections to the Circuit Trails, you can find him enjoying the trails on his bike. We caught up with Patrick to learn more about his role at PEC and the Circuit Trails. Here’s what he had to say:

What is your role at PEC? Can you discuss a few of the task forces you are a part of?

I am statewide vice president for programming.  Getting Pennsylvanians outside for recreation and to enjoy natural resources is a major thrust of PEC’s work.  We are working on multi-purpose trail networks in several other regions of Pennsylvania in addition to the Circuit Trails.  Most notably we are a leader in the Industrial Heartland Trail Coalition connecting much of western PA with Ohio and West Virginia, as well as, a northeast PA trail forum.

How long have you been Pennsylvania Vice-Chair of the Circuit Trails Coalition? How did you first get involved?

From your perspective, what makes the Circuit Trails so unique?

What makes the Circuit Trails so unique is that it is a “vision” for a complete system of connected trails, yet even BIGGER is that there is a coordinated group of people who are organized to make that happen.  It really matters that it isn’t just a “vision,” but more importantly that dozens of non-profits, numerous government agencies and hundreds of leaders are collaborating to build out this system and make it excellent!

What’s your favorite trail to cycle on?

The trail I ride most is the Schuylkill River Trail because it’s close to me via Schuylkill Banks and allows me to reach fairly distant points in Chester and Montgomery Counties.  It’s scenic and takes me to interesting towns such as Manayunk, Conshohocken and Norristown, as well as, to Valley Forge National Historical Park.  It’s a fun ride with all sorts of users, so it’s also really good people watching!

Are there any trails in development that you are particularly excited for?

A longtime favorite of mine is what I call the Delaware River Trail in Philadelphia.  I have been personally involved in creating it since 2000 and serve as a board member of the Delaware River City Corporation which is building a big chunk of it together with the Delaware River Waterfront Corporation. Segments of this larger trail are known as the Port Richmond Trail, the Baxter Trail and the Kensington & Tacony Trail. When complete, this trail will connect to Spring Garden Street Greenway, another pet project of mine.  Several new segments of this trail will be opening in 2016 and 2017.

What are your goals for the Circuit Trails in 2016? 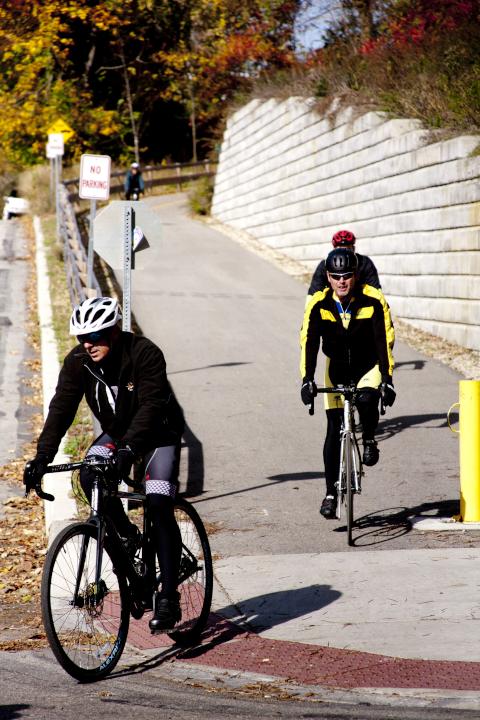