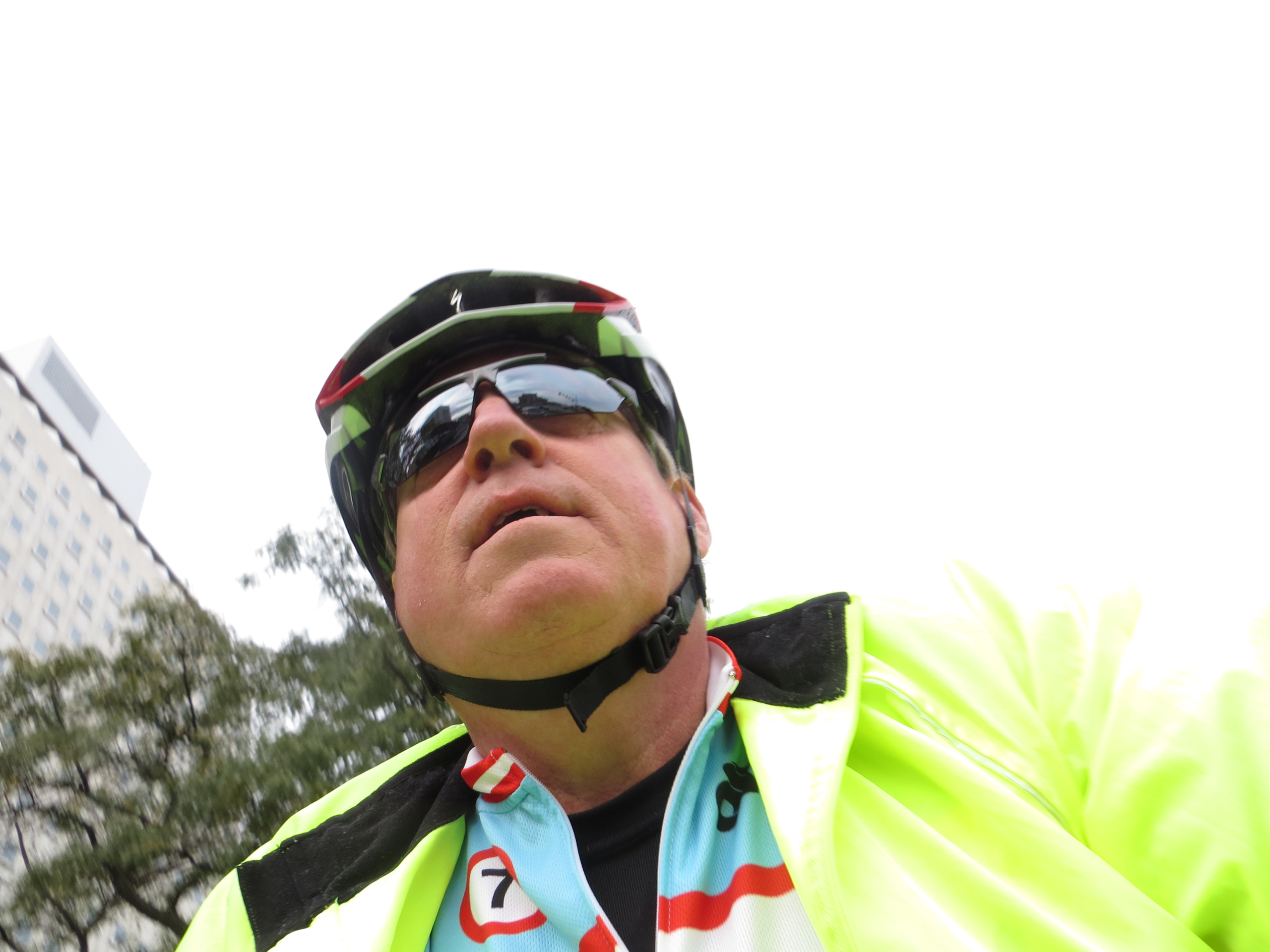 We caught up with Andy Hamilton, Mid Atlantic Coordinator for the East Coast Greenway Alliance, while he was in the saddle in Maine on day four of a weeklong ride.  He may have been tired after the day’s ride, but he took the time to answer our questions about his love of trails, the future of the Greenway and the role of the Circuit Trails in the national trail landscape.

For those of you who don’t already know, the East Coast Greenway (ECG) is the nation’s most ambitious, long-distance urban trail. It is a developing 2,900-mile trail system which provides a safe, accessible route from Calais, Maine to Key West, Florida connecting major urban centers along the East Coast.

Your background is as a landscape architect, how did you get involved with trails and the East Coast Greenway Alliance?

As a landscape architect and community planner for two decades, I had been working locally and regionally to create trail connections.  When I was invited to an East Coast Greenway PA committee meeting and heard about the stunning vision of the greenway, I was hooked.  At the next meeting I volunteered to go to the national gathering in Boston where I met board members and trail council members and saw the strength of the collective organization.  After that experience I went whole hog as a volunteer, then became state chair, and eventually joined the board.  When the mid-Atlantic coordinator decided to move on, I was fortunate enough to take on that role after four years of volunteering.

How are the Circuit Trails important to the work you are doing with the ECG?

The Circuit Trails are phenomenal effort; it’s a national leader in visioning a vast network of trails.  It’s also a great example of public-private partnerships with William Penn Foundation leading the way as a great example of how private foundations can leverage their funding to attract additional funding.  Other areas of the country look to what the Circuit Trails Coalition has done as a model for how they can cultivate this level of energy for trail development at home.  The amount of synergy and development in the Philadelphia region with eight to nine groundbreakings expected in the coming year is impressive. It is one of the fasted growing areas of trails on the East Coast.  Washington DC and southern Maryland are also moving quickly and the beauty of the ECG is that it connects the work of the Circuit to trail developments up and down the East Coast.

What are some of the challenges of your current position?

Funding for construction and planning is always a challenge, but communities who rally behind the trails are terrific.  A perfect example is the City of Philadelphia with so many groundbreakings this year that align with the ECG.  When communities see the potential for trails in their community and engage with the effort, we are successful.

Do you plan to bike from Maine-to-Florida?

In a way I am in the process of doing that now (in pieces).  The ECG has a series of Week a Year Bike Tours where you ride for a week on different parts of the Greenway (350-400 miles per week).  By the end of this week, when I have completed the Maine portion, I will have ridden from Canada to Raleigh over a series of years.  I will complete the full route in 3 years!

What is your favorite Circuit Trail and why?

I love them all equally, but I use the Schuylkill River Trail the most to commute out of Philly.

Why are you Proud to Trail?

I am proud to trail because trails create opportunities for communities to explore their waterfronts and the connections that can be created. Trails encourage people to try a little more and explore a little further.

Andy Hamilton serves as the Mid Atlantic Coordinator for the East Coast Greenway Alliance, is the Chair of the DCNR trail advisory committee for Pennsylvania, Vice Chair of the September 11 National Memorial Trail, and Chair of the Bucks County Bicycle Task Force. He is also a League of American Bicyclists, League Certified Instructor, and a member of the Association of Bicycle and Pedestrian Professionals.