Connecting the towns of Montgomery, Warrington and Doylestown, this 8.4-mile paved route follows alongside its namesake, a Pennsylvania Scenic Byway. Separated from the roadway by split-rail fencing and grassy strips, the route offers rolling hills and vistas of tranquil farmland and woodlands. Numerous access points allow for a leisurely bike ride or walk, although use caution during road crossings as traffic can be heavy at times. Note that a lack of tree canopy can make this route hot in the heat of the summer.

The Parkway came about after 50 years of planning for a new nine-mile expressway. In 2004, PennDOT determined that its projected funding would be insufficient to complete all its planned projects. Based on this, the expressway project was downsized into the “Parkway concept.” This Parkway included dedicated bicycle lanes, a first in Bucks County, and the Route 202 Parkway Trail. Ultimately, the Parkway was determined to be an affordable solution to improving multimodal travel along the corridor.

In Montgomery County, the Route 202 Parkway Trail may one day join with the nearby Power Line Trail (plans are in the early stages right now.) In Bucks County, the Route 202 Parkway Trail connects to the 26-mile Doylestown Community Bike & Hike System, including a recently completed 0.5-mile segment of the proposed 40-mile Neshaminy Creek Trail (NCT), which will extend from Chalfont Borough to the Delaware River in Bensalem Township (most of the NCT is still in the planning stages.) When complete, the route will connect to the East Coast Greenway trail. 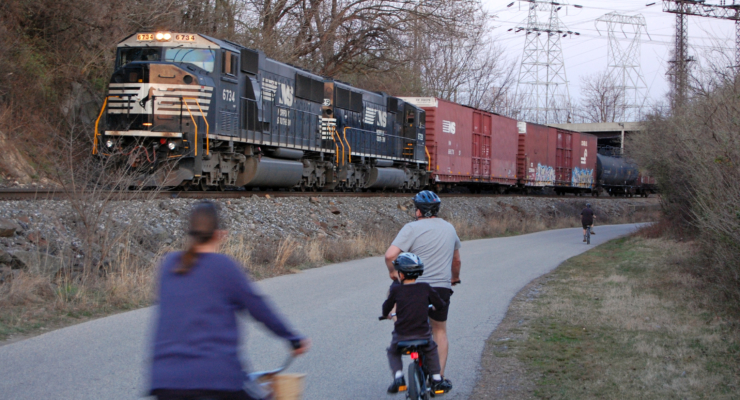 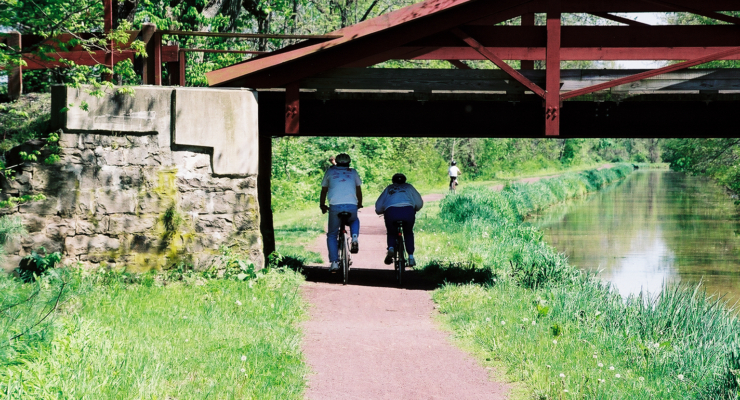