Linking the Delaware & Raritan Canal State Park Trail in N.J. and the Delaware & Leigh National Heritage Corridor in P.A., the Calhoun Bridge Trail offers a short, but scenic ride over the Delaware River. The bridge, formerly named the Calhoun Street Toll-Supported Bridge, is 1,274 feet long, is the oldest bridge owned and operated by the Delaware Joint Toll Bridge Commission and, at over 130 years old, is listed on the National Register of Historic Places.

In Trenton pick up the bridge on Calhoun Street and cross on a dedicated bike and pedestrian lane that is separated from traffic by a wrought iron railing.  The bridge connects Trenton, N.J. with Trenton Avenue in Morrisville, PA. and is the second bridge at this location. The first bridge was a wooden structure which opened on July 1, 1861 and was in operation until June 23, 1884, when it was destroyed in a massive fire. The current bridge was built in under 60 days by the Phoenix Bridge Company of Phoenix, PA. (a subsidiary of the iron works that produced the internal iron used in the Washington Monument) and opened as a toll bridge on October 20, 1884 with 16 horse vehicles, 7 one horse vehicles and 175 pedestrians crossing on the first day of operations. Today, the bridge is the oldest roadway structure in continuous use between Pennsylvania and New Jersey, and while it sees considerably more use than in 1884, provides a safe and easy link between two of the region?s most historic rail-trails. For more information about the bridge see: https://www.drjtbc.org/default.aspx?pageid=78. 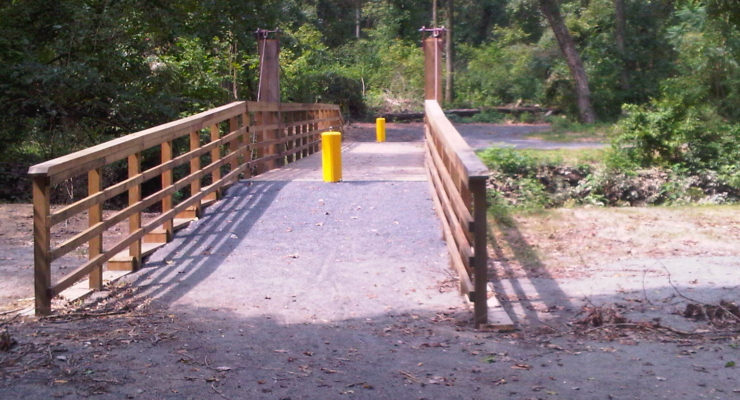 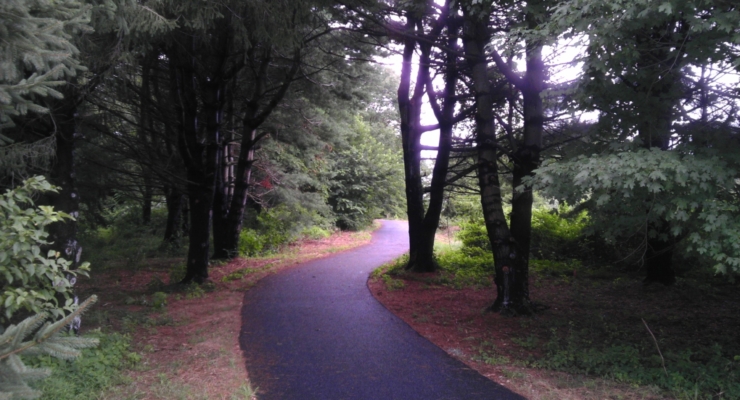 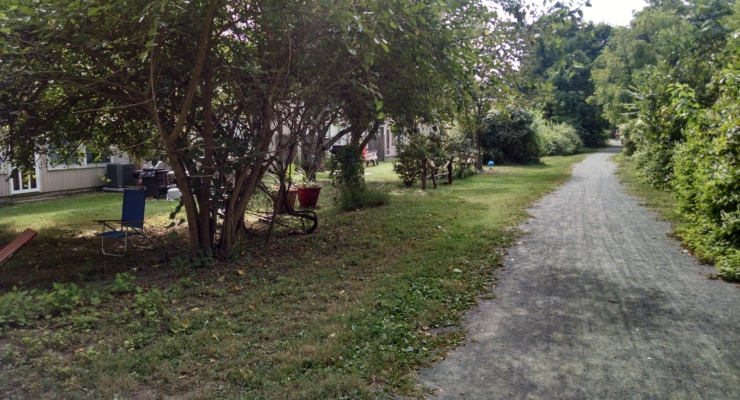 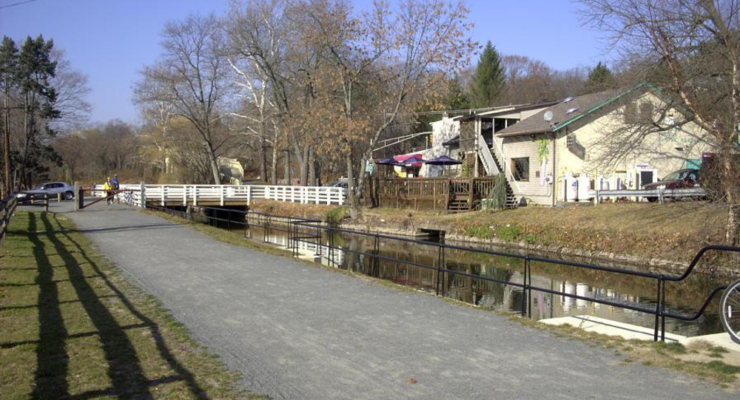